Currently doing the “piece of cake” crochet along by Toni Lipsey in issue 82 of the Crochet Now magazine.
Im struggling with the petal stitch square and need help figuring out how its supposed to be. 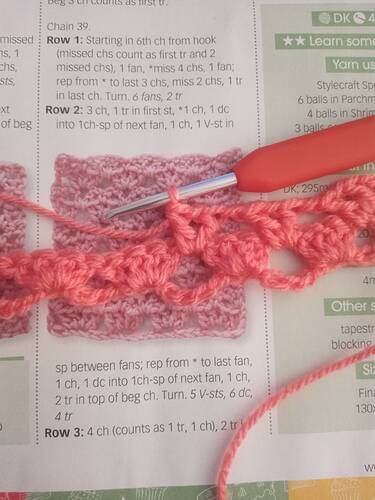 Im doing row 2 and hope i can get an affirmation im doing it right.

It doesn’t specify the fan stitch at the beginning? I did a test run for you with 2dc, ch, 2dc. Because your picture said to do *1 ch, 1dc into 1ch-sp of next fan.

Then 1 v stitch between the fans. Like I marked on this picture. 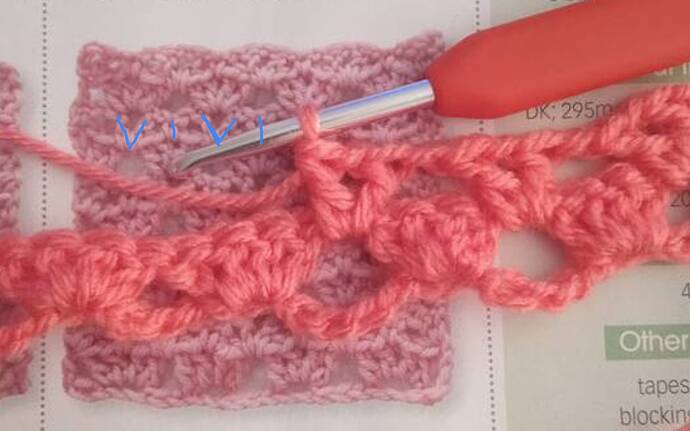 One in the middle, v stitch in between. Make sense? 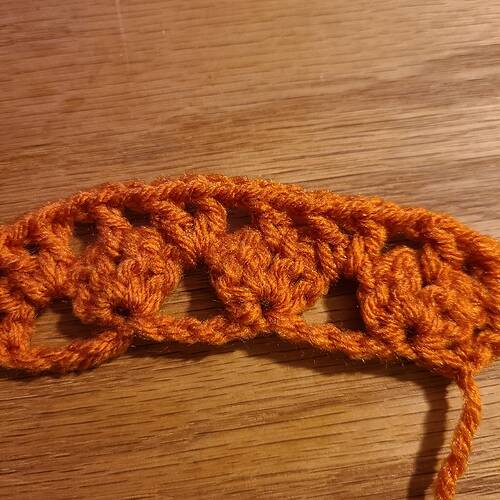 Read the beginning again to see if it says how to do the fan. Let me know if I can help more.

There seems to be a cal group for this on facebook. They could help you if you are on facebook. Piece of Cake Crochet-Along #PieceofCakeCAL | Facebook

Toni has a you tube channel. Perhaps she has video on this stitch? Her channel is TL Yarn Crafts.

So on Row 2, a US sc goes into the 1 ch sp of the fan below and a V st goes in the space between fans.

If the pattern doesn’t define the fan, you might check the back of the magazine to see if it has a glossary of stitches. Based on the pattern photo, it appears to be a fan of 2dc-ch 1-2dc, as others have said.