Has Anyone used this yarn?

Hey Everyone I was wonder if anyone has seen this in the yarn section. Its been in my Michaels for probably a month. The price was $10 dollars per skein and now its sown to $3. I was wondering if anyone has used it and what patterns can he made with it. I really want to use it because its so cheap and pretty! 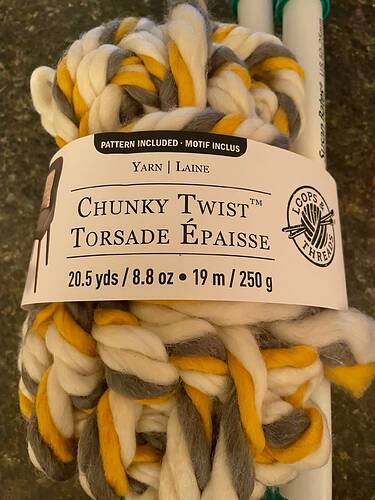 I would go a finger knit blanket! It looks like that yarn sheds a ton so be careful washing it.

Id get ut while its cheapppppp

I haven’t used it before, but maybe you could make a wall hanging since it sheds so much

I’ve always seen it used for blankets, arm or finger. I was just thinking though, after seeing the post about it disintegrating, maybe you could make pillows?

I wouldn’t buy it, even on sale.