One of my favorite pastimes, besides crocheting, has been videogaming.

I absolutely love a large plethora of games. Recently, with the release of Overwatch 2, I’ve been playing that and have been really inspired to work on some video game-inspired patterns from said game.

Other than that, I absolutely love Stardew Valley/My Time at Portia and Dead by Daylight.

What are your guys’ favorite games? What is the most iconic character from them for you?

I used to play ow1 but it got really rubbish so i quit a couple years ago but I’m always here for stardew valley. I’ve made a chicken and a couple junimo from that. Animal crossing is always a fave, I love all the different characters and possibilities.

I also made an isaac from the binding of isaac

I also really love until dawn and heavy rain. Movies you play get me

I grew up on my parents Atari and going to arcades. Not going to lie i miss the arcades, gave a much more social aspect to it for me.

Have you played Hacketts Quarry yet?!

I love Pokemon! I’ve been playing since Black and White and they’ve just become such comfort games for me especially now that my partner loves to play it with me too.

I also love Kirby games, so for me, Kirby is the most iconic character. He’s just so cute!

But I love game-inspired patterns! I’m not very good at amigurumi and there are so many I wanna do, but so far I’ve only made a Stardew chicken lol

Oh weird its just called the quarry here but i have yet to try. I bought but haven’t had time yet. Looking forward to it though

You got that right! My grandson just laughs with me when I try to play Plants vs Zombies with Him. 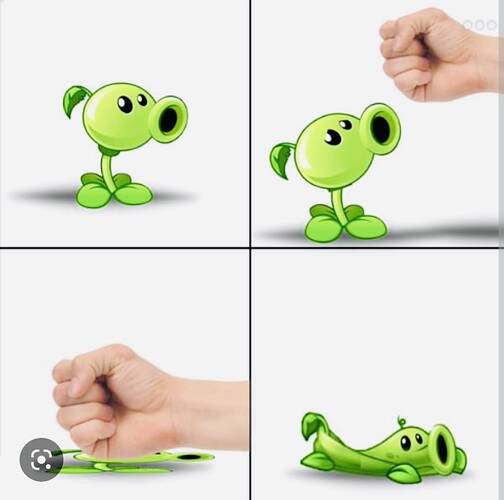 Well I WAS good at Atari game with the starships and PAC MAN.

If I play any games, which I seldom do, I love the Lego games! They’re kind of like stress relievers for me, even though they sometimes stress me out. Haha

We had an Atari when I was very young. When the original Nintendo first came out we got that. Our favorites for that were Super Mario Bros, Tetris, and Teenage Mutant Ninja Turtles. We also had a TurboGrafx16 (which not many have ever even heard of). We loved Bonk’s Revenge!

I really can’t choose a favorite, all games are wayyyy too fun

I used to play lots of world of warcraft on my old pc, but now mostly play games on switch (with only exception being genshin impact on my phone → razor and cyno are definitely my fav characters there)

On switch the pokemon games are really fun (looking forward to 18th of November when new one comes out), though monster hunter is also fun (though I liked the stories one more than the main franchise), and I’ve really started to love runefactory (basically farming/taming monsters/exploring/making friends in the town)

If anyone got any switch game recommendations, I’d love to check it out

I loved playing Crash Team Racing! But Crash Bandicoot Saga was way more difficult to me, at least the second part of the game. I was like: this is the easiest of all the other levels?"
And then stopped playing to it because gave too much anxiety xD

But Crash Team Racing has been my favorite since I was in my teens!
I always remember when I was a little kid and played with my brothers and won to them hahaha

Q-bert was my jam back in the day

I don’t really play video games anymore, (I loved rpgs though), but I love watching let’s plays/livestreams. Always got one on in the background while crocheting. Love watch Overwatch 2 and horror streams at the moment.

If I really really had to pick one I think I’d say ffxiv. That game was my comfort place for a long time and I actually made some very close friends on there!

I also love stardew, had quite a bit of fun on elden ring when it came out, and the old dead space series was great.

I love Stardew Valley, and Dead by Daylight as well! I haven’t played My Time at Portia yet but I was interested I also love Animal Crossing, Minecraft, Devil May Cry, Dark Dreams Don’t Die, The Sims 4, among a lot more lol

We have a WII and love the golf on it. Also, a golf game on the old SEGA Genesis. Love that version better with the instant replays.

I think I’m just used to calling it Hackett’s Quarry since that’s the name of the actual quarry. I do believe it is just “The Quarry” though. I loved it! Definitely a different take from Until Dawn, but along the same vein. I think it’s a little less spooky depending on your decisions but overall still a great piece.

I LOVE the game Ooblets, which I think will be releasing on switch or has already. I cant remember. Its along the lines of Animal Crossing x Stardew, but I don’t want to explain more than that without giving away some of the cool premises!