Don’t even think about it 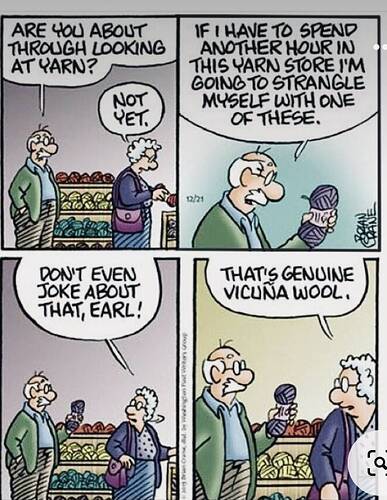 Vicuña is one of the softest fibers on earth and one of if not the most expensive. It’s a bucket list item for me at about $20 a gram, I forget how many grams in an ounce and I usually get 4ozs of fiber to spin, yea, bucket list item ;p. The vicuña is part of the camelid family, it comes from Peru and is smaller than an alpaca and not long off of the endangered species list, it is protected in Peru. A history lesson you probably didn’t care about

Hey hey hey!!’ I like history lessons! Spout away please.

what is a vicuna and why is its wool so expensive?

Part of the Camelid family and lives in South America 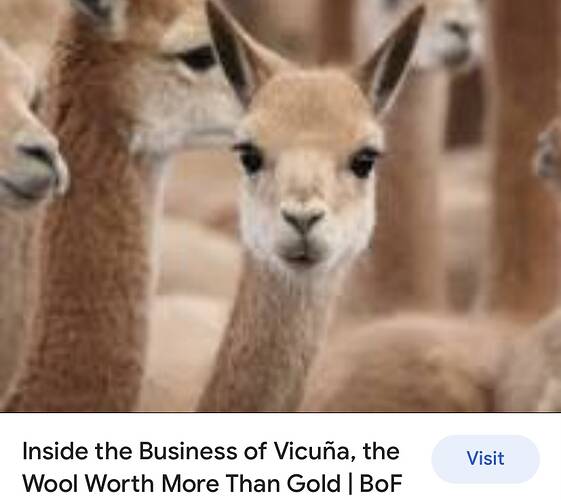 Because it’s so soft and there is not a ton of fiber per animal, like there is on an alpaca or llama, and they were hunted and killed for this fiber until they were very endangered. Peru made it illegal to hurt them and a jail sentence for anyone caught with their fiber. Their numbers finally got over the severely endangered and the indigenous people in the mountains where the Vicuña live were allowed to round them up (they are wild animals) and shear them and let them go again each spring. The Vicuña numbers keep improving and it helps the indigenous people have a living too as the watch over them and collect a valuable resource. It’s $20 a gram which I think is about 28 grams per ounce, platinum is about $28.00 per gram. just some food for thought ;).

There was someone who cross bred the Vicuña with an alpaca, called Pacovicuna. I haven’t seen them but would love to.