It’s me.
I’m the inquiring minds…

Why do users publish their patterns and then ask for people to test?

I’m just curious. I find it a little strange, I guess.

I got the feeling that folks won’t buy a pattern that doesn’t already have other peoples examples and ratings on them. Since these were written and published and already in a ton of wishlists before I understood the testing feature, I thought that would be the least disruptive way to get the examples without losing those that had already found them.

You might have made your pattern ten times yourself and think you caught all errors and it’s clear as day, but new eyes will possibly find errors or ways to improve.

Do you mean like made it live for everyone and then tests after it’s live? Might be an accident, maybe they think it has to be live for testers to see it. I can’t think of any other reason.

Catching miskates before someone gives you money and is upset the pattern doesn’t work is much better then having people upset .

Yes, the answer to your very first question. That’s what I don’t get.
I notice often on here, it seems more so the freebies, a user post their item and then later come into the topics asking for testers.

I totally get that. But I would think you’d want others to test it BEFORE you publish/make it live on here.

ok, I’ll bite again
if you are new here, you assume you can just load a pattern you’ve had for years and many friends have made it and it’s been a successful pattern so far. You check in on said pattern and you see that 50 people have it in their wish list, but nobody bought it. You eventually wander over to the community page and see 20 bajillion testing posts and all the comments that lead you to think that maybe that’s just the way things are done around here and that’s why nobody is buying your patterns. What do you do? Do you remove the pattern and risk losing the interest you already have, or do you ask for a tester for a pattern you already published? That is the reason it happens.

But a lot I’m seeing are freebies

I do understand your point of view though.

yeah, if you are just trying to get your business off the ground you may put samples out there to get interest, same here I guess
of course there are also tons of people that have no clue how deep and wide the fiber arts are and like a 13yo that thinks they discovered Bob Dylan just have to go out there and crow about it
I had been here for some time and already had a dozen or so patterns loaded before I ever looked at the social side of the site (I got burned bad elsewhere) and I still have to limit my exposure lest I get too crabby

Sorry about the bad experience. People are so mean sometimes, and for some them all the time. 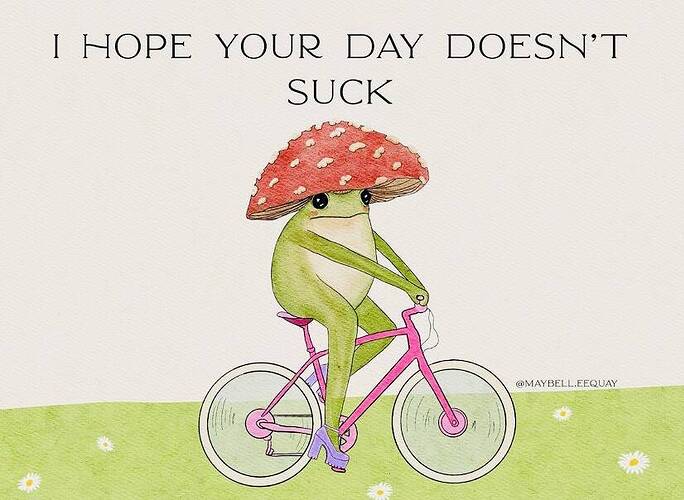 That’s what I thought you meant

I totally get it. I was in the same boat for quite a while. I didn’t understand how this platform worked exactly. I signed up, forgot about it, and wasn’t back on for at least 6 months? Maybe more? I think I’m noticing it seems to be more of the younger crowd, like you said before.

It’s no big deal, I really was just curious because I didn’t understand why.

I’m 55 , thank you for including me in the younger crowd.

Turning 50 this year, now I feel like a spring chicken

54 here, but my curmudgeon level is at least 70

On Ribblr it’s so easy to modify the instructions etc. So it doesn’t matter as much as if you were to make a fully finished pdf. I always go and change things. And I leave my email address for people if they have questions.
Also, one might ask for testers on an already released pattern to get more product pictures to show off different makes with different yarns etc.