Multiple photos associated with one row.

Is there a way to add multiple photos to a single row? I have both a right-handed and left-handed photo tutorial, but I noticed that when I added the second photo the first photo disappeared. Also, is there a way to rotate photos after adding them? One of my photos looks fine when I open it on my computer, but in the pattern it is sideways.

Hi Allison!
Thank you for the feedback!
At the moment, you can upload only one photo for each line. If you need to add more pictures, what I suggest is either adding another line for more photos, or creating a photo collage and upload it to the line.
We will take this feedback and work to improve this in the future.
Regarding the rotating photos, it sounds like a bug, so the team will check it out and will inform you when it’s fixed!
Hope that helps!
Lir X

Got it, thank you! I did end up using both of those workarounds in a subsequent pattern, so I will keep doing that.

Hey @ClairDeLuneFiberArt,
Can you please upload the original pictures you were that seemed to be rotated and send them to me either here or via private message? (you can click on my picture then message to send a PM) 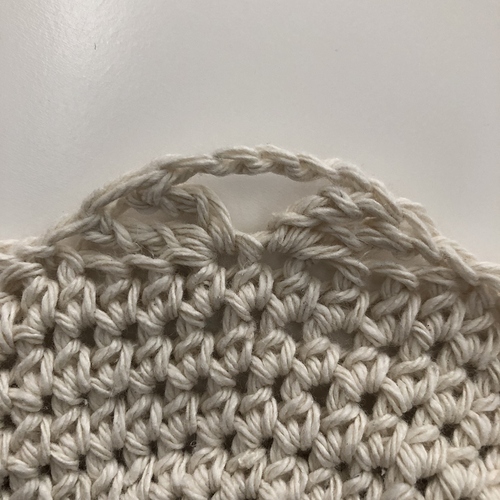 Hey @ClairDeLuneFiberArt Are you sure that is the original file that you were trying to upload? It doesn’t seem to cause any issues.

Is it possible that this is a copy or an edited version of the photo you tried to upload?

I just tried it again, and it came up sideways again. I’ll attach the photo here again in case I accidentally sent you the wrong one before.

It is the same image indeed and we can’t seem to replicate your issue. If this is the file you used just now, can you try to send this via email to support@ribblr.com?
I will personally check that for you.

Hi @ClairDeLuneFiberArt
We have found the issue. It seems to occur in a small number of occasions and it should all be fine on our next release.
In the meantime I have manually fixed the issue in your pattern.

Thank you so much, Saar!

I would also love to add more than one photo to a line. I have a special stitch which has 5 supporting photos and adding each one on a separate line feels unprofessional somehow.

Hi there!
It’s definitely something we plan on adding in future updates.
In the meantime, you can indicate the steps in different lines, or upload a collage of photos, or a short video as a slideshow.