Hey folks! I enjoy collecting older knitting patterns (and some crochet but this is the knitting topic so let’s just focus on that) and i just wanted to reach out to fellow collectors

Who else likes collecting? What’s your favourite older pattern you own? What’s your oldest? What’s the funniest styling you’ve seen? Why do you like collecting? Feel free to Share your vintage pattern makes - Id love to see them!!

A little more serious: I sometimes end up feeling a little guilty because I know i won’t make all the patterns i own - anyone else ever feel like that? Does anyone know of a potential way we could share patterns (legally) to folks who would actually want to make them without selling the physical copies? Or should I just sell/donate them? Is it selfish to keep them (or am I overthinking this haha)

I’ve been collecting patterns for years, I would have to live more than several life times to knit all the patterns I’ve spent all this time gathering ;p.

I think donating them to new intermediate knitters ( or those appropriate for beginners) would be a wonderful way to pass on the craft to others.
Perhaps, you can offer to donate them here and whoever wants them can pay for shipping and handling.
The post office in US has a really good price on media mail.
I’m not a knitter, but just an idea.

I no longer collect patterns, I will collect pictures of vintage items that I would like to recreate. PurpleKitty is my preferred site for that. I will reconstruct patterns for vintage items that someone owns and needs either restored or matched. I also translate old patterns into modern terms for people and on occasion I have even translated patterns from foreign languages. But I do love looking at the fabulous suits and yarns from the past that just aren’t available any more.

I know of a British knitter (forgot his name though and lost track), who researches copyright of vintage patterns and if it ran out and nobody renewed it, he publishes the patterns, usually an updated version.

I see many on etsy sell PDFs, but I’m sure none of them does the research and checks for copyright.

I love collecting them too.
I look at it as rescue, cause many would have ended in a trash bin

My favorite so far is an oldie with war knits like a Balaclava and such. 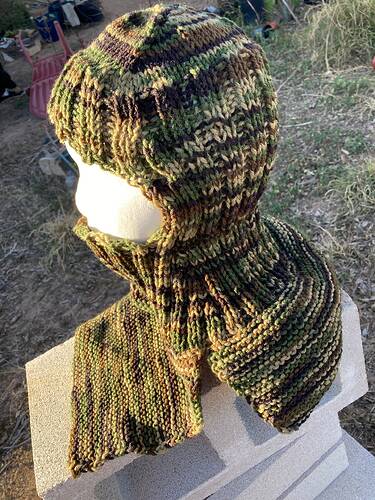 That is cool looking! I can see a lot of veterans wanting that!

I made this one for my husband, he’s from AZ and always cold

It’s in tge mail to Wisconsin right now, getting cold up there

Ooo this looks so cosy! Love a balaclava

Realised I never shared any of my makes! I have 2 current wips from older patterns that I started while it was warm and then the weather rather suddenly changed and now I only want to make warm cosy things haha! 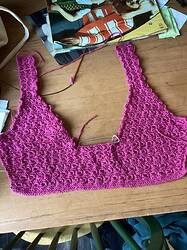 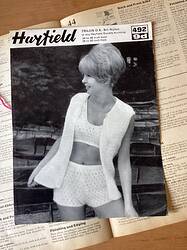 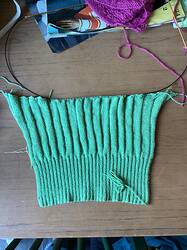 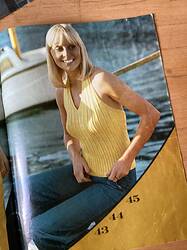