What’s the biggest project you’ve made

I just found my old sunflower sweater that took me about three weeks to crochet and I was wondering what’s the biggest project you’ve ever made, And how long did it take? Or the biggest wip you’ve attempted 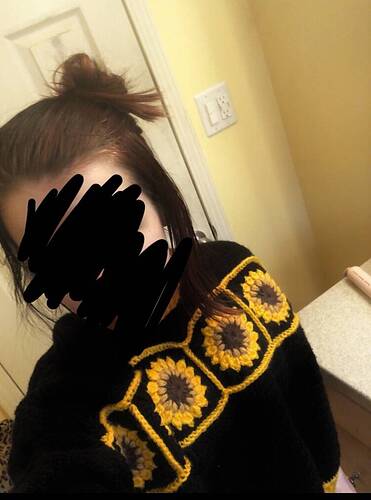 I made a 45" circumstance sofa doily out of thread. It took me about a month to do. Years back I made a twin size Afghan.
Now I’m in the world of a queen-king optical illusion blanket. 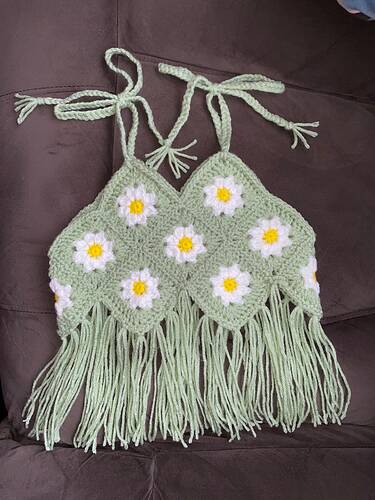 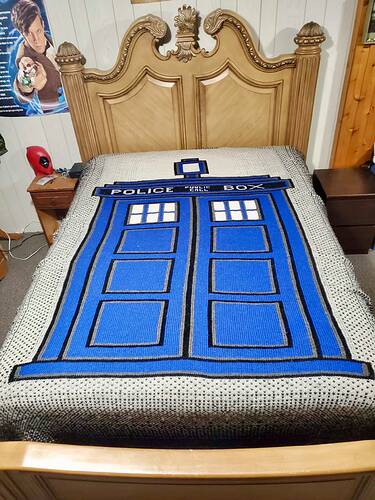 I’m still working on crocheting a queen sized blanket for my hubby. Its been 3 years in the making with Bernat Blanket Yarn. I hate crocheting blankets, so even though there’s less than 10 rows left to complete, I just can’t bring myself to finish it.

My biggest project (also my first serious crochet project ever I believe) is this huuuuuge blanket. I don’t remember exactly how long it took me but it did take me over two years to complete (with lots of breaks in between thanks to college). I think it has a little over 300 squares and the square pattern is the same as the sunflower squares in your sweater pattern @Asher
It’s HUUUUGE so I cannot photograph all of it but this is an old photo I was able to pull out.

I still haven’t managed to make a border coz I’ve never been able to choose one that fits the blanket. If y’all have some border suggestions please lemme know​ 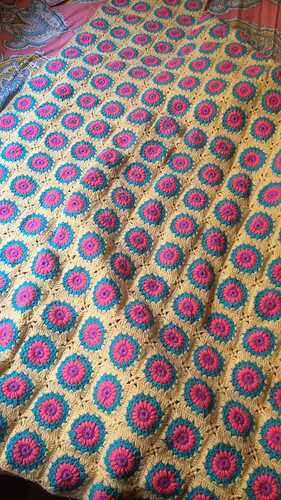 Dangggg I could never, I get so bored with repetitive patterns and if something is taking to long I either shove it in my dresser and never pick it back up or just forget about it

I was very very determined to finish this since I’d already gotten over 10 big skeins of yarn but I did procrastinate quite a lot. I almost made it much much smaller but I wanted to curl up in it during winters so I pushed myself​

I’m on my second blanket (it’s been waaayyy over 2 years already) and a couple of other smaller projects now.
There’s something calming about repetitive patterns but at the same time like you said, they bore the heck out of me xD

I like repetitive patterns because I don’t have to keep double checking the pattern I’m using, but after a while I start questioning if the final product is worth it then eventually either scrap it or at it to my mountain of projects I don’t want to finish

Exactly! But I somehow manage to get projects done in the end, even if it takes me a few years xD 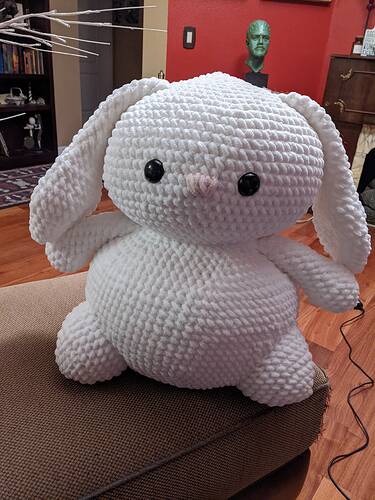 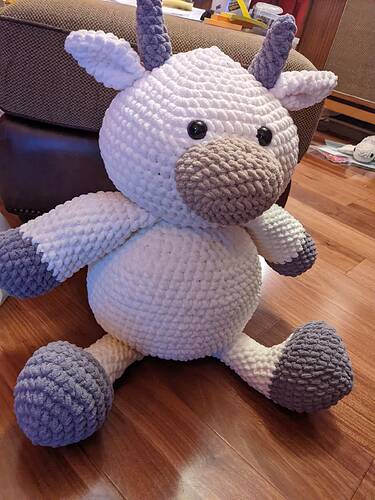 I do prefer these projects as well. I have a turtle pattern that I have memorized. I also have patterns that have the same body type (For example- A pattern set for the Eeveelutions, or a set of Patterns for My Little Pony). I run an Etsy shop as well, and the patterns that are repetitive does make it easier for memorization.

I will be honest with you, crocheting blankets is faster than knitting blankets. It took me a month to crochet a large throw blanket, but a knitted blanket took even longer. 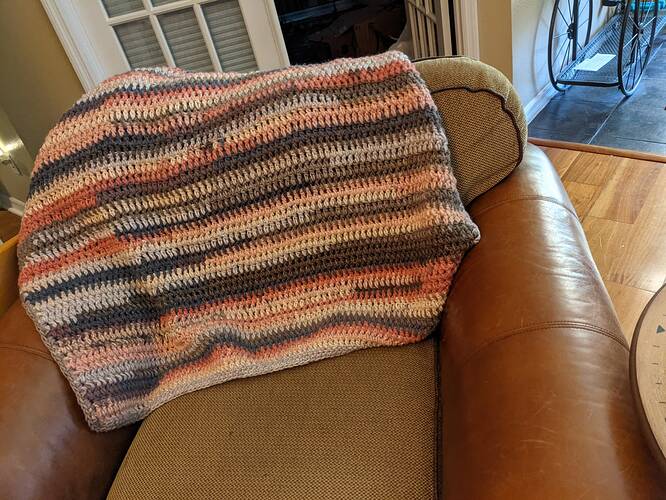 This is the crocheted blanket I made.

I find knitting anything takes so much longer than crochet, but I LOVE how knitted items look!

Is it worth it to learn how to knit, I’ve been thinking about trying it but I’m not sure?

It is! I found already knowing how to crochet made the learning process a lot easier!

That’s awesome! This should appear in the dictionary next to the word “dedication”

“Dedication” does sound better than “stubborn”!

I wasn’t going to let the blanket get the better of me.

The first year I decided to start doing more than dabbling in crochet, I joined a year long block a month crochet-a-long and made several blocks each month (some of them repeated) and joined into a huge king size afghan… It took just over a year as the blocks were released on the 1st of the month, and I couldn’t do the joining and border until January or February… So this was completed early 2012… (It’s on a queen but overhangs by 1½ feet on each side and a foot at bottom when touching the top edge) 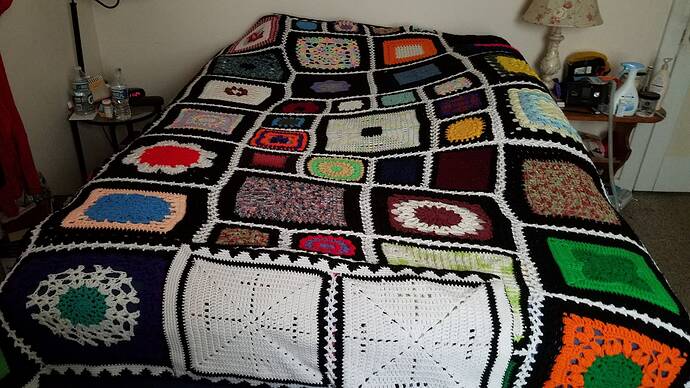